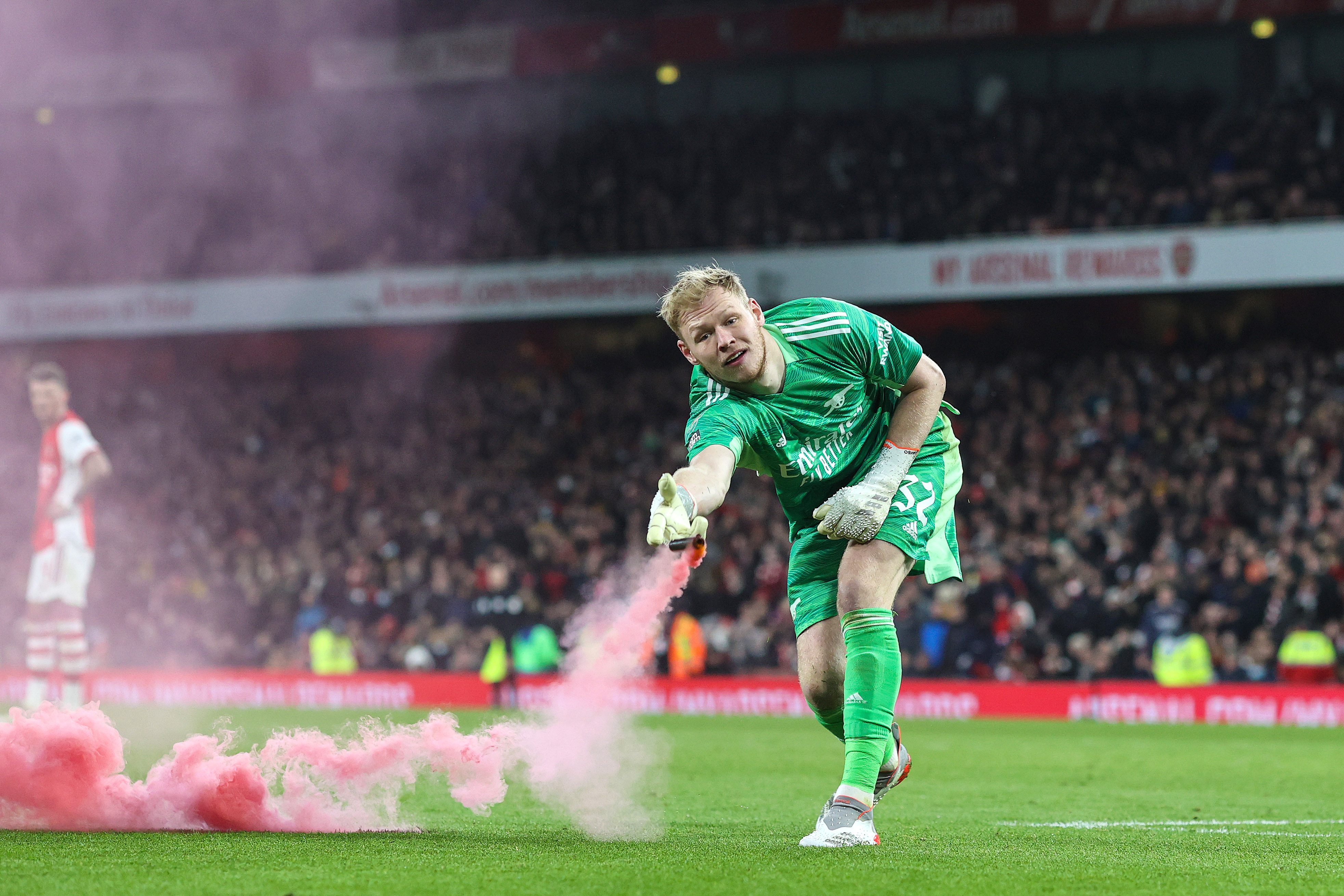 You cannot get that feeling from anything else.

I was kissing people I’ve never met and somehow managed to break my BPM meter.

I love this club, and this mentality that Arteta has instilled. My head is still all over the gaff though, so I may have to come back to writing this in the morning when I can actually provide some insight, instead of endless blabbering about how much I love everything. What a night.

The morning after the night before

Okay, I now feel a little bit more literate so let’s give this a go.

Agony to absolute ecstasy in the space of 10 minutes. One point to three. A game in which I’d seen the result, I’d resigned to it - but this team is different. The belief remains with them.

The magnitude of the game was not lost on the fans.

With the Spuds having lost to Burnley the night before, the chance to open up a six point gap on them could not be missed.

The Emirates was loud, but the nerves were also tangible. Wolves began to control the game too. A disallowed goal (which involved a painfully long VAR check) followed by Gabriel’s costly error which gave them the lead completely burst Arsenal’s bubble.

Wolves then sat deep, wasting time at any opportunity from the 20th minute. The game was bitty, but not without its chances and moreover its space.

Arsenal created, or more had chances to create, but it was a night where everything seemed to be done too slow. Martinelli struggled, Saka didn’t have his best game, whilst Laca provided a frustrating lack of threat and presence up top. Ø was fantastic - he’s a man that seems to get better with every game. Partey too (with a lot being asked of him) put in a fantastic performance to keep the midfield under control.

We really needed half time, but the second half provided much more of the same. Attacking without any real gusto, whilst Wolves and Podence caused problems on the break.

With 20 minutes to go though, the tempo upped. Lacazette forced a good save from Jose Sa, whilst White and others had decent enough chances. In the 80th minute, Pepe hauled us back into the game.

A genius tactical switch from Arteta, which saw Pepe and Saka play as wing backs on opposite sides, with Nketiah operating with Laca in a two up top.

It was the two subs that combined for the goal too. Ø (I think and sort of assume) played a fantastic ball over the top which Nketiah managed to hook back for Pepe who spun and finished to level up the scores.

He really does look like the ‘new man’ that Arteta he suggested he was after AFCON - the fact that he’s even playing says something.

We then pushed on, the crowd electric as the North Bank attempted to drag the ball into the net themselves. Credit where it’s due too, Granit Xhaka was running the show in the final exchanges.

The winner came, and despite it being an own goal the quality of the move was fantastic. To keep composure that late on in order to put together a move is rare, yet exactly what was necessary. Pepe to Ø, Ø to Laca who flicked it round the corner back to Pepe, back to Lacazette… GOAL.

The crowd, and the team knew how big a goal that may turn out to be. Arteta half did a Mourinho and charged down the touch line, before running back to ask Bruno Lage if his team wanted to waste any more time (as I seem to remember Thierry Henry did to Chris Kirkland?).

Scenes that I haven’t seen at the Emirates, maybe since 2016 and that Danny Welbeck goal which made us all believe.

I think that Laca/Sa own goal has really made us believe.

Top four is well within our grasp, and it is the youth that is taking us there.

The scenes last night tell you how much this team is loved, how much of a connection there is between players, fans and managers - a connection that I’ve never seen before.

Mikel was sent down the tunnel to chants of his name and rapturous applause, whilst most of the Arsenal crowd made sure to stay until every single player had left the pitch - if the players didn’t already know what that meant, they certainly do now.

This mentality and belief is a direct result of Mikel.

Many other Arsenal sides would have accepted defeat, maybe have conceded another. The crowd didn’t believe, the Emirates had been silenced. The players did though, and quality prevailed. We deserved three points, and we got them in the most pleasing of circumstances.

One off the top four with two games in hand, and more importantly six ahead of Spurs.

We can really build up some momentum now, with Watford and Leicester the tasks before what looks a very tough test against a title chasing Liverpool side.

No ticket for Watford as of yet, so I’ll be scrambling around for the next two weeks - but I think last night proves that there’s no point giving up, even if it’s for getting a ticket and not battling for a heroic last minute winner.

Life without Aubameyang is bliss as Arsenal power on